A ripple effect: supporting women to reduce their drinking

What was the issue?

Clare knows cutting back on her drinking had a positive ripple effect across different areas of her life, but it wasn’t always this way.

Describing her drinking for the previous thirty years as occurring “consistently and with fervour”, for women aged 40 and over, Clare’s description may hit close to home.

While other population groups are reporting downward trends in their alcohol use, Australian women over 40 are now among Australia’s biggest drinkers, with many reporting they drink alcohol four or more times a week, often at risky levels.

And, possibly more troubling, this upward trend is occurring even though women in this age group are largely aware of alcohol harms, including various types of alcohol-caused cancers.

Despite this, studies examining this trend in detail are hard to come by, and there’s even less research about what sort of support women aged 40 and over need to reduce their drinking and prevent the negative impact of alcohol on their health and wellbeing.

Why does it matter?

We know women are also more susceptible to health harms from alcohol than men for a variety of reasons, making a project to reduce alcohol related harm among this group an important preventive health measure.

Ripple, a project lead by FARE in collaboration with La Trobe University’s Centre for Alcohol Policy and Research (CAPR) and funded by ACT Government Health Directorate under the Health Promotion Grants Program, was launched to tackle this trend, aimed at reducing alcohol harm among women aged 40-64 in the ACT.

What did we aim to do?

Ripple included a targeted health promotion program rolled out across the Canberra region sharing messages about the risks of drinking alcohol alongside the benefits of cutting back, as well as a randomised control trial to test effective ways women could be supported to reduce their drinking.

Health promotion information was shared throughout the ACT during March-May 2020, and included targeted social media posts, flyers and brochures, and video commercials in doctors’ surgeries sharing key messages and encouraging people to visit an evidence-backed health website. The goal was to raise awareness of the benefits of cutting down on alcohol use, and the short and long-term harms from alcohol use.

Women who engaged with the health promotion information were also encouraged to participate in the randomised control study. This study tested an online intervention program, informed by CAPR-led focus groups, which included information on reducing the risk of alcohol harms, mindfulness, and tips and discussions around social drinking and cutting back. These were complimented by podcasts from Dr Sandro Demaio and FARE CEO Caterina Giorgi to enhance the variety of content and offer additional information and advice.

As part of recruitment efforts for the study, FARE collaborated with local GPs and Canberra women willing to share their stories, creating a series of short videos that were shared on the website and across social media.

Clare shared her experiences with alcohol as part of the project. She cut down on her alcohol use a couple of years ago and said the benefits she felt had an immediate ripple effect on her life.

“The effects from cutting back on alcohol were immediate in that I physically would wake up feeling a lot fresher, all those things your GP says you’ll feel if you do cut back… There [was no longer a] rollercoaster of emotion and energy …and regret. You end up being a lot kinder to yourself.”

Canberra GP Dr Clara Tuck Meng Soo agreed, and said that as well as physical impacts, alcohol has a negative effect on mental health and wellbeing.

“As a doctor, I’m concerned when women tell me that they drink to relieve feelings of stress and anxiety. That drink after work can quickly become two drinks, or three drinks, or even more. There’s strong evidence that drinking alcohol can actually make your mental health worse. That’s why I encourage women to drink less to improve their mental health,” Dr Clara said. 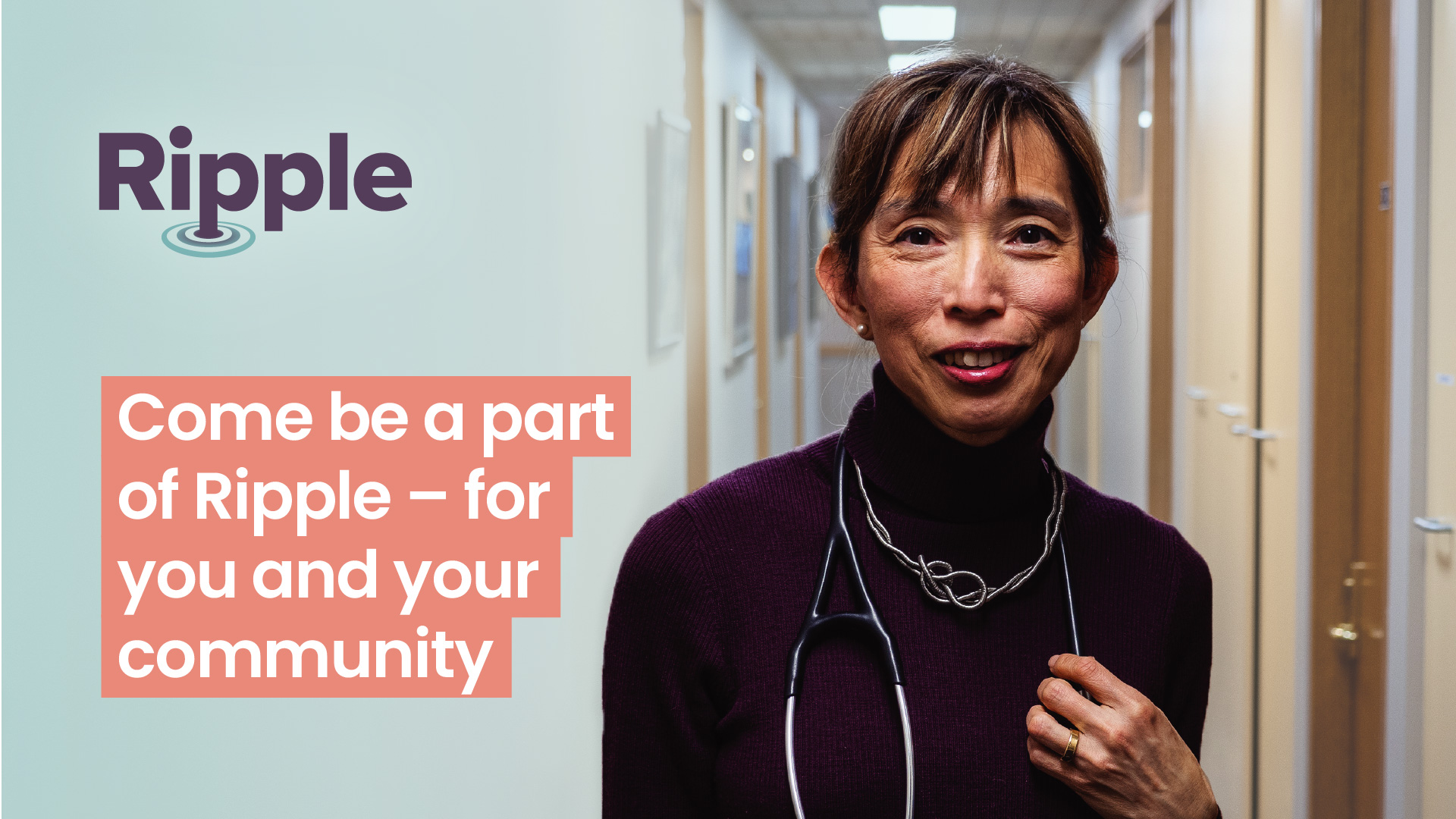 What did we achieve?

Both the health promotion campaign and the recruitment for the randomised trial broadly reached the target group, with the website analytics showing that there were more than 4,000 visits to the Ripple study page during the campaign rollout when women were encouraged to sign up for the trial.

CAPR continues to collect data on the trial participants, with the last enrolled participant due to complete their involvement in the trial in early August. An evaluation of how effective the program has been at encouraging women to reduce their drinking will be carried out in the following weeks, with a follow-up survey to be conducted in September.

More than 200 women enrolled in the randomised control trial during the nine-week recruitment period. This is an important achievement, with evidence from this study laying the groundwork to better understand the effectiveness of online interventions and support measures needed for women aged 40 and over to reduce their drinking.

As for Clare, you may ask? How is she feeling now?

“I feel really good. There’s that saying, ‘when you’re drinking, you’re borrowing happiness from tomorrow’, and it’s so true.

“I just decided… ‘who am I, and how fabulous can I be – as an adult who is feeling good and feeling at the top of my game and you know, how amazing can I be?’ And I just knew that if I didn’t cut back [drinking], I would never know my full capacity to thrive and do what I can do, and be who I am and be the best person I can be.”