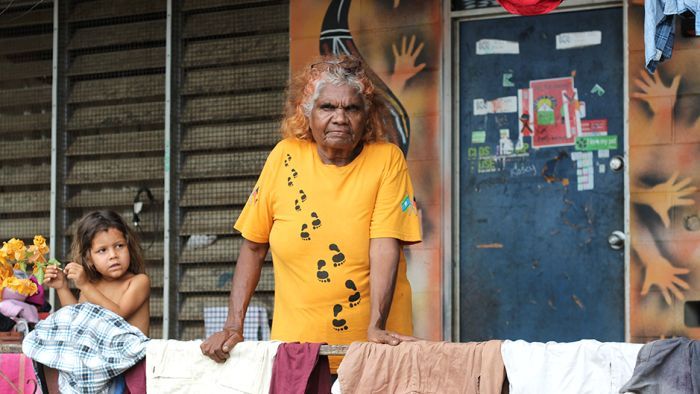 Today community leaders have signed an open letter to Woolworths Chair Gordon Cairns calling on him to abandon plans for a Dan Murphy’s superstore close to dry communities in Darwin altogether, criticising his claims they were consulted about the new location.

The initial location for the store was scrapped after the supermarket giant faced backlash for its proximity to dry Aboriginal communities, yet the proposed new location is just 1km down the road.

“Woolworths haven’t consulted with the community. They haven’t come to the peak organisations, like AMSANT, the peak body that represents the health and well-being of Aboriginal Territorians,” he said.

“We oppose the proposed Dan Murphy’s development. We cannot state this any clearer than we already have and will continue to state our opposition as long as we need to.”

“The site is completely irrelevant. We do not want Woolworths to build a Dan Murphy’s in the Northern Territory, full stop.”

“Community organisations who are already at capacity are rightly concerned about their ability to meet the increase in demand of their service that will flow from a Dan Murphy’s mega store – the increased domestic violence, the increased assaults and the increased hospital admissions.”

Despite a clear decision by the Independent Liquor Commission that the store should not go ahead late last year, Woolworths has continued to lobby the NT Government, which has responded by introducing special legislation to fast track bottle shop applications.

The NT Director of Liquor Licensing now has until 20 December to decide on the application.

FARE’s CEO Caterina Giorgi has urged the Woolworths Chair to consider the views of the community and health organisations who are calling on him to abandon the development.

“The people who can put a stop to this alcohol megastore are the Directors of the Woolworths Board.”

“After almost five years of rejections and objections – where Woolworths would not take no for an answer – we are now calling for the Directors to put the health and safety of the community ahead of profits and abandon your plans to build this Dan Murphy’s in Darwin.”

Over 130,000 people have now signed a petition in opposition of the store’s opening.