Talking to your mates about their drinking

Martin Fisk is the CEO of Menslink, a Canberra organisation working with young men who are going through tough times.

Martin has some great advice for men who’d like to talk to their mates about drinking a bit less.

“They’re already probably feeling a bit of shame” he says. “ So lead with your own personal experiences of times when you drank too much and it didn’t end well”.

For tips, apps, tools and more to help smash those drinking goals, head to our tools page. 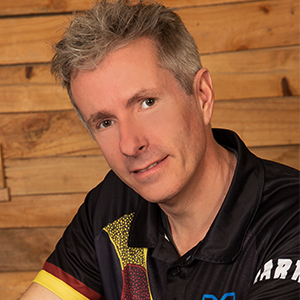 Martin Fisk
Martin is the Chief Executive of Menslink and joined in March 2011 after a twenty-five year career in both the private and public sectors, including nearly ten years running his own business. Since joining Menslink, he has significantly expanded the reach of Menslink’s support programs, with nearly ten times the number of young men accessing their free counselling, mentoring and group programs than at the beginning of the decade.
PrevHello Sunday Morning, Daybreak and TOM
Chris sums up his TOM experienceNext