With being a tradesman, there’s a well-established culture of drinking. That’s how we generally wind down. On a Friday, for instance, at the end of work, we will go to the nearest establishment and have a couple of beers. A lot of work gets discussed while you’re drinking, and it’s not necessarily unproductive, but of course there’s always alcohol.

Look, I never really thought of myself as a big drinker. I’m generally fairly physically fit. There’s a lot of activities I do that are outdoors. I surf as often as I can, I skate a lot. I ride mountain bikes. I’m quite active.

But with the fires over summer, you couldn’t go anywhere, everywhere was in flame, and there was the smoke.  The atmosphere wasn’t conducive to getting outside and getting active in the way that I’d normally do. So you think, “Well, I’m sitting round the house, I might as well have a beer.”

So I definitely drank more during the bushfires, and that kind of continued into Covid. I believe I’ve used drinking as a coping mechanism. It became nothing for me to come home from work and have a beer, and then the next thing I know I’ve had four and it’s time for bed. It kind of snuck up on me.

And you don’t sleep well when you’re drinking. You fall asleep, but your night’s sleep is always disrupted and that makes you tired again, and then you get home from work and think, “I’m not going for a run, I’ll just have a beer.”

I’ve found that as I became less active, I wasn’t dealing with stress as well either, even just the normal day to day stress with work, which is still there. I’ve definitely felt more brittle in the last few months. A little bit less resilient. And regular drinking certainly doesn’t help with that.

Getting back into it

So when TOM came up, I thought this was the perfect opportunity to address it and try and get back on track. Having to commit to limits for me is invaluable. And to be accountable is a big part of it too.

What I’d like to do is basically limit my drinking to two drinks on a Friday afternoon after work, because I really enjoy that part of it. And then over the weekend maybe two drinks a night, which I think is doable.

It’s like when you first go back to the gym or you first go and do something again that you’ve left for a while. The start’s always the worst. Then you see the results pretty quickly and you go, “Oh okay, yeah I remember this now. This is how I feel good.”

So I guess in short, I’d just say, look, stick with it, and the rewards are there. They’re definitely there. It’s just staying with it until you actually feel them. And you will. Guaranteed.”

Follow this blog for updates on Scott’s progress with TOM.

For tips, apps, tools and more to help smash those drinking goals, head to our tools page. 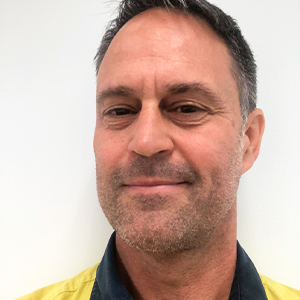 Scott
Scott is participating in the TOM project for men who want to to cut back on their drinking, and will be keeping a diary of his progress each week. Scott is 51, an electrical foreman by trade. Outside of work, he likes keeping active and getting out on his mountain bike with his mates.
PrevMeet Chris
Chris’ diary – Week 1Next