I’m a 35-year-old public servant. I’m married with three children. An almost three-year-old daughter and one-year-old identical twin boys. So it’s been a pretty full on couple of years! I don’t get to go out and socialise as much as I used to since those three came on the scene. So if I do get a leave pass, I tend to make the most of it.

Outside of work, I’m a hockey player. I’ve played since I was five. I’m secretary of our club. I’d say my fitness has decreased since having the kids. I’m definitely overweight. The time that I could devote to that aspect of my life disappeared pretty shortly after our first one appeared on the scene. As you get older, obviously you can’t just eat and drink whatever you like any more.

I don’t drink much at home – maybe a beer when my dad comes round, or a bit of port with family members when they visit. So if I do drink, it’s on nights out with my hockey mates. When the opportunity comes up to have a night out, I’d have five, seven drinks, rather than drinking that number at home during the week.

When it comes to raising my own kids, I guess obviously everyone’s going to go through a stage of drinking too much. But I think if they’re aware of that, maybe even sooner than I was, then that’s a good thing. And it’s a good thing if they’re smart enough and responsible enough to know there can be long term consequences. Even though I’m not a big drinker, I’ve got heaps of dumb stories of drinking too much and doing something embarrassing. It’s not necessarily only the health effects. It can affect your personal life, can affect your friendships. It can affect your employment.

An eye-opener on the app

To be honest, when I downloaded the app, I thought I’d be ticking ‘no drinks’ every day. But then there were a couple of times where I had a pint, and then the next day I had a drink, and I had another beer and then a port because it was a family event at home. And then I went to the rugby, and my mate, when I arrived, had already got me a can of Canadian Club.

To see that and have it there, right in front of you and so easily accessible, surprised me. I thought I was going to be ticking ‘no, no, none, none, none’. And then maybe one on the weekend. Whereas the first week I had it, it was four days where I had a drink. It makes you think about it.

I went out with another hockey team, who had already bought jugs of beer when I got there. It was interesting seeing their surprised reaction when I said ‘no’. But having the app had made me think about it more.

Tools to help cut back

So I think using that app is really helpful, for when you’re facing a situation of whether you’re going to have a drink or not. You can say, “Well, do I really need to have one?” Now at hockey training, if they’re having one on Tuesday night, I don’t do it anymore. And I don’t need one after Thursday training either. I’ll tell myself, “let’s just have one after the game on the weekend. And that can be the day where I have a drink or two”. And then that’s something to look forward to as well.

If you’re responsible about it and smart about it, there’s no reason why you can’t keep enjoying it. It’s just about keeping that to a sensible level.”

Follow this blog for updates on Chris’ progress with TOM. For tips, apps, tools and more to help smash those drinking goals, head to our Tools page. 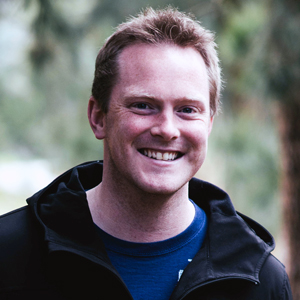 Chris
Chris is participating in the TOM project for men who want to cut back on their drinking, and will be keeping a diary of his progress each week. Chris is 35 and a busy dad of three young kids. He works as a videographer and is a passionate sports fan and club hockey player.
PrevMen aren’t alone in reducing drinking for health
Meet ScottNext